Young and the Restless Spoilers - Y&R

Days Of Our Lives Spoilers

At the Just Jokes and Humor blog we subscribe to equal humor for political jokes. We've had Republican jokes ... now for some Democrat jokes. Don't worry, the political humor pendulum will swing back Republican for sure, and Democrat too.

Bust a move
Ok, laying aside politics ... we love Barack Obama, the Senator from Illinois, and President-elect of the United States. Such a nice ... uh fill in a random sophomoric awkward comment (err joke?) from Senator Joseph Biden here. Yes, that Senator Joseph Biden - called by some the Obama jokes gift that keeps on giving and the originator of the classic Obama joke, now is the Vice-President, making Barack's selection of him the greatest irony of election '08. 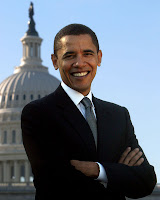 Here is a late-nite TV political Obama joke from Conan O'Brien : Senator Hillary Clinton and Senator Barack Obama have been sniping at each other back and forth. It's getting ugly. The good news for Obama is, all this bickering with Hillary is making him look presidential.

And from renowned but bumbling Democrat Senator Ted Kennedy, "Osama bin ... Osama ... Obama" in a quote errorneously attributed to Rush Limbaugh by less reliable media outlets than the Jokes and Humor blog! Of course Rush Limbaugh has not shied away from repeating Kennedy's joke over and over, carefully attributing it to the bumbling joker source. In a further ironic political humor twist, Sen. Ted Kennedy's Obama joke picked up and embellished upon by Ann Coulter, the renowned columnist, "I refer to him as B. Hussein Obama. He's half white and half black, half Christian and half Muslim and half atheist. Something there for every Democrat."

Even Roger Ailes of FoxNews followed Ted Kennedy and jumped on the Obama jokes political humor bandwagon, "It is true that just in the last two weeks Hillary Clinton has had over 200 phone calls telling her in order to win the presidency she must stay on the road for the next two years. It is not true they were all from Bill. ... And it is true that Barack Obama is on the move. I don't know if it's true that President Bush called Musharraf and said, 'Why can't we catch this guy?' " Wow that may be the best political joke ever, catching the four politicians in a two liner, Hillary Clinton, George Bush, Barrack Obama and Pakistan President Musharraf. Hmmm.

Obama also jumped on the Obama joke bandwagon, trying his hand at political humor on the Tonight Show with Jay Leno: Jay says, "Everybody who has announced here has been successful," hinting about Arnold Schwarzenegger's announcement. And Barack Obama retorts, "This is true, but I have to say that I've already committed to the Food Network to announce." He also quipped about going to church, "Everybody was reporting on me going to this church ... It was like, a Democrat in church!" Nice try, ... better stick to politics.

From Jay: "Barack Obama said today that politics has become too gummed up by money and influence ... and then he had to leave to attend a fundraiser."

Bill Maher jumped on the late night political jokes bandwagon: "Did you see this today about Barack Obama? Genealogy research has revealed that Obama's great-great-grandfather was born in Ireland. Oh great, now he won't be Irish enough for people."

Here is another Obama joke seen on Conan: The Reverend Jesse Jackson told CNN that he's planning to endorse Barack Obama for president. Experts say this is a risky move for Jackson, because hardly anything rhymes with 'Barack Obama.'

Popular posts from this blog

Halloween Jokes II Thinking of the season, here's some more Halloween Jokes. Before we know it, Halloween will be around the corner, it is time for the annual Just Jokes and Humor Blog Halloween Jokes and humor update. You can find more Halloween Jokes by following the link . Here are some pumpkin jokes, ghost jokes, ghoul jokes, witch jokes, skeleton jokes and Dracula jokes to lighten up the season... What do birds sing on Halloween? Twick or Tweet. Why were there no leftovers after the monster party? Because everyone was goblin! Where do baby ghosts go during the day? Dayscare centers. What is the first thing ghosts do when they get in the car? Boo-kle their sheet belts. What did the ghost buy for his haunted house? Home moaner's insurance. What was the favorite game at the ghost's birthday party? Hide and shriek! What do ghosts serve for desert? Ice Scream What was the witch's favorite subject in school? Spell-ing. Why do witches fly on brooms? Vacuum
Read more

Turn the clock back and let's party like it's 1999. An old Y2K Joke: Dear Boss: Mi hope I haven’t misunderstood your instructions. Because to be honest, boss, that Y to K dates problem doesn't make any sense at all to me. Well by now I have finished converting all the months on all the company calendars so that the year 2000 is ready to go with the following improved months: Januark, Februark, Mak, Julk. In addition to that, I've changed the days of the week, so now they are ready for the year 2000 and will be: Sundak, Mondak, Tuesdak, Wednesdak, Thursdak, Fridak and Saturdak. Is it enough, or should I change any other Y to K? I am a fan of the New York Yankees. Should I call them New Kork Kankees in order to be Y2K ready?
Read more

Q: What is a maintenance-free house.... A: There hasn't been any maintenance in the last 10 years. The home buyer thinking of the real estate agent: I didn't think anybody could have that many teeth without being a shark. Q: When is a one-story house a two-story house? A: You get one story before you buy and the second story after. This house is 5 minutes from shopping ... if you have an airplane. News and stories behind the humor in the Real Estate Jokes page at Humor-and-Jokes.com The home buyer told the real estate agent that he lived in the same big house for the last 10 years. When the real estate agent checked his credit, she found out he still would be there today without the pardon from the Governor. Q: How close was the house for sale to water? A: In the basement. By the time you pay off a house in the suburbs, it isn't. Q: What is a house-warming party? A: The final call for those who haven't sent a wedding present. Your home feels like a c
Read more